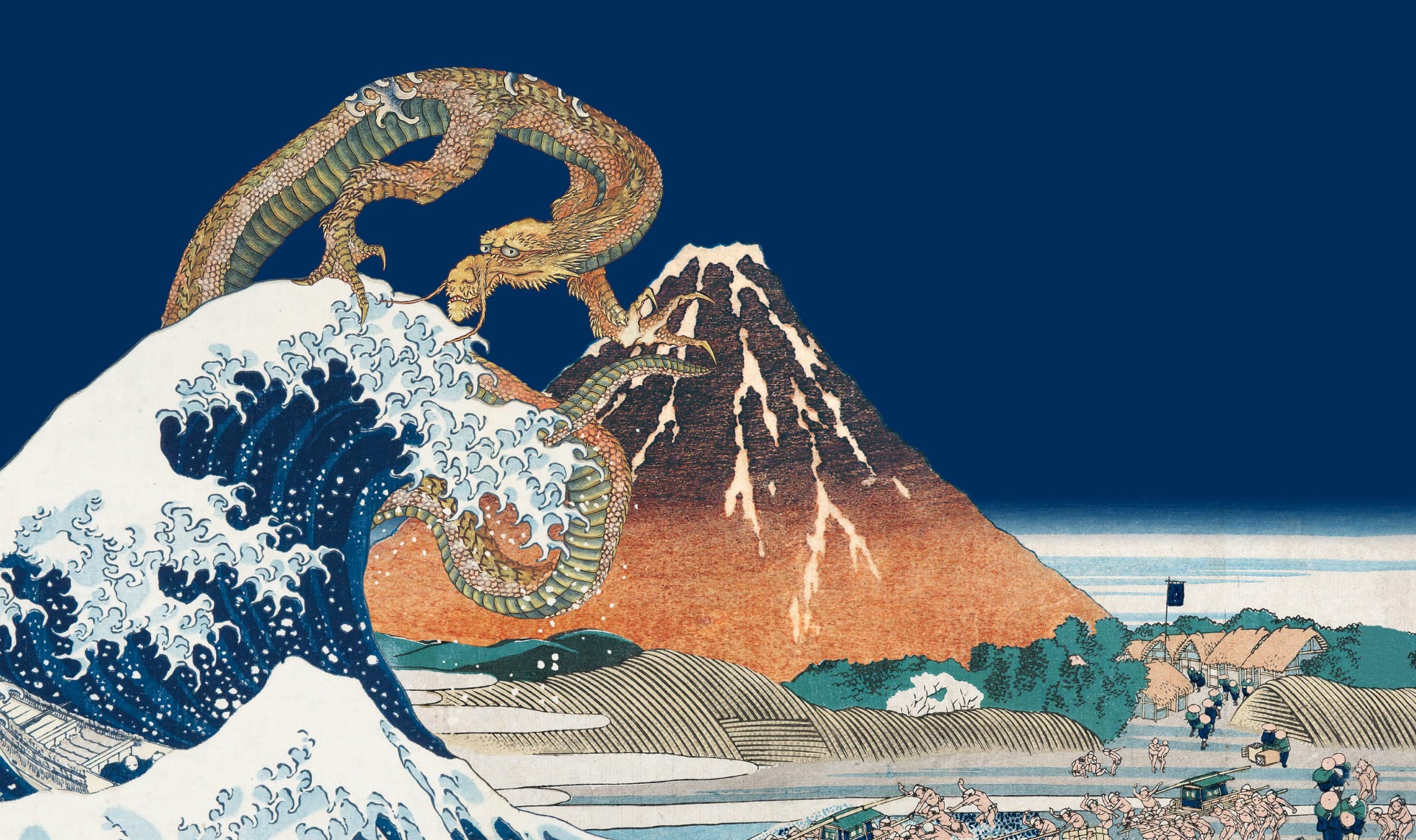 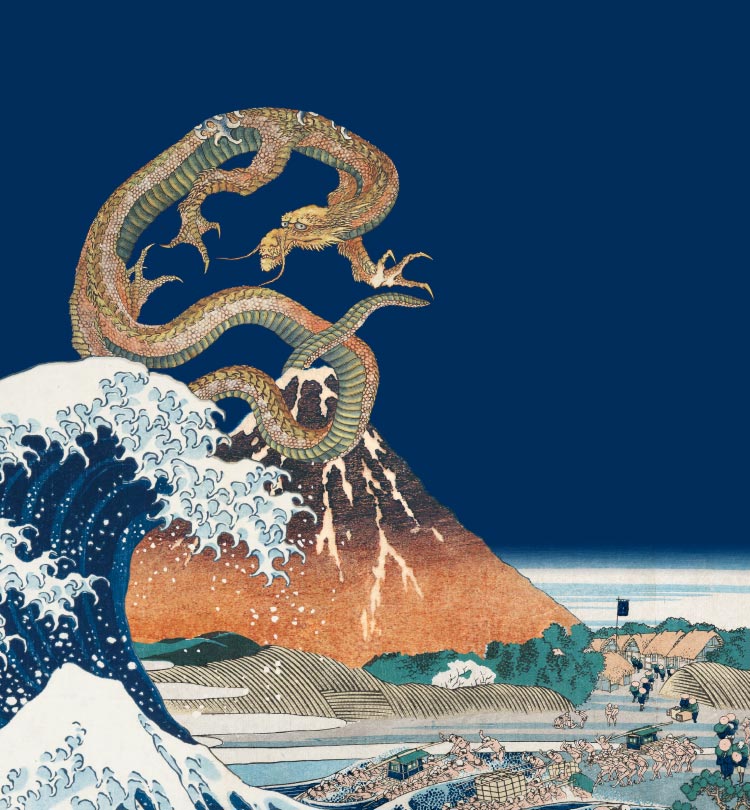 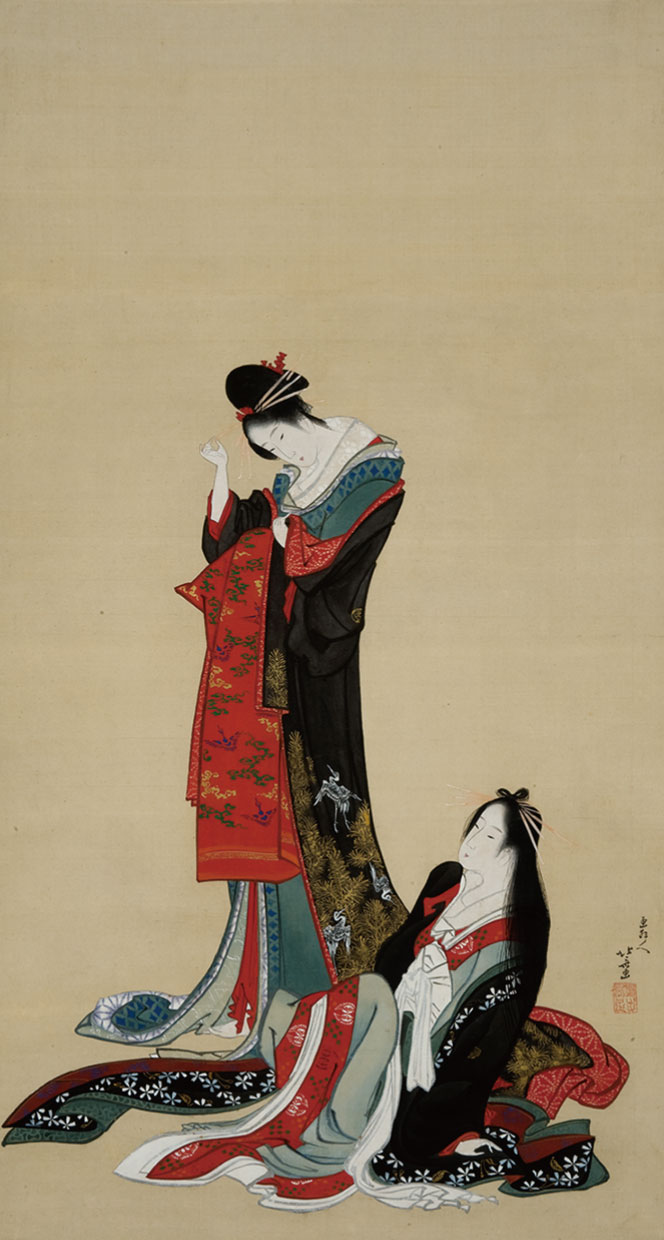 The Visual Magic of Hokusai 2

Thank you for visiting The Visual Magic of Hokusai II. As with the first edition held last year, this exhibition presents many of the masterworks gathered over the years to form the collection of the Hokusai-kan Museum.

Katsushika Hokusai was born in 1760 in the Honjo Warigesui area of Edo, part of what is now Sumida-ku in Tokyo. He embarked on the life of a painter in 1778 as an apprentice to Katsukawa Shunshō, the leading producer of actor prints at the time. Having learned the style of his master, by the following year Hokusai had debuted his own work under the name Katsukawa Shunrō. While producing actor prints under Shunshō’s direction, he also engaged broadly in creative activities, absorbing Western painting techniques like the one-point perspective found in uki-e “floating pictures.” Later, having changed his name to Sōri as he sought to establish a style of his own, Hokusai gained a following for his “Sōri-style” beauties, whose slender bodies, small eyes and noses, and oval faces can be seen in paintings such as Two Beauties (Ni bijin). The Dawn of Spring (Haru no akebono) is a remarkable collaboration between Hokusai, then making a name for himself as a painter of bijinga (pictures of beautiful women), and Kitagawa Utamaro, the day’s master of the genre.

During his mid-forties when he signed his work Katsushika Hokusai, the artist poured his energies into illustrations for yomihon (“books for reading”) novels. Working with writers such as Kyokutei Bakin and Ryūtei Tanehiko, he produced numerous masterworks such as An Illustrated New Edition of “The Water Margin” (Shinpen suiko gaden) and A Ghost Story of Recent Times: Stars on a Frosty Night (Kinsei kaidan shimoyo no hoshi). Hokusai’s inventive compositions and ingeniously dramatic depictions became the talk of Edo, sparking a craze for yomihon titles and boosting his reputation as a painter.

Hokusai achieved great success as an ukiyo-e painter during his fifties and early seventies under the names Taito and Iitsu. Random Drawings by Hokusai (Hokusai manga), published during Hokusai’s Taito period, began as a series of edehon copybooks aimed at his many disciples. Its more than 3,900 illustrations, however, turned the series into a best-seller that would later find its way overseas and have enormous influence on artists in the West. It was during Hokusai’s Iitsu period, during his early seventies, that he produced his most famous work, the Thirty-Six Views of Mount Fuji (Fugaku sanjūrokkei) series featuring the many guises of that sacred mountain. This was his period of greatest devotion to the ukiyo-e woodblock print—one in which he established the landscape as a new genre for that format through numerous series such as Unusual Views of Famous Bridges in Various Provinces (Shokoku meikyō kiran) and Eight Views of Ryūkyū (Ryūkyū hakkei).

In Hokusai’s later years, beginning around the time he produced One Hundred Views of Mount Fuji (Fugaku hyakkei) under the name Gakyō Rōjin Manji, he shifted largely from prints to paintings. Hokusai visited his disciple Takai Kōzan in Obuse a number of times beginning in 1842 and painted works such as the ceiling panels for the Higashimachi and Kanmachi festival carts. His daughter Oei (Katsushika Ōi), who assisted Hokusai and was active as a painter in her own right, is thought to have accompanied Hokusai on his second visit to Obuse, and artworks and historical materials documenting the town’s ties to the father-daughter pair have been carefully passed down to the present day.

The “visual magic” in the exhibition’s title refers to the effect generated by Hokusai’s sometimes unrealistic compositions of people, buildings, and landscapes—detached from reality yet not uncomfortably so, and indeed invested with their own appeal. We hope you enjoy this exhibition of masterworks by the world-famous Katsushika Hokusai. 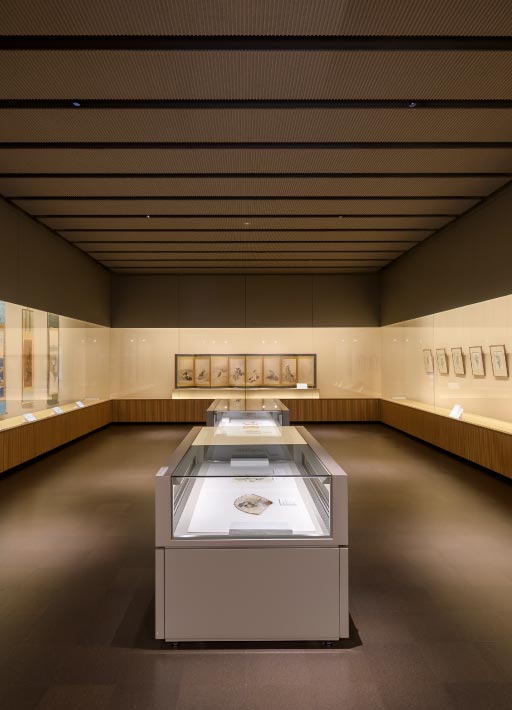